Go Back
Next Project 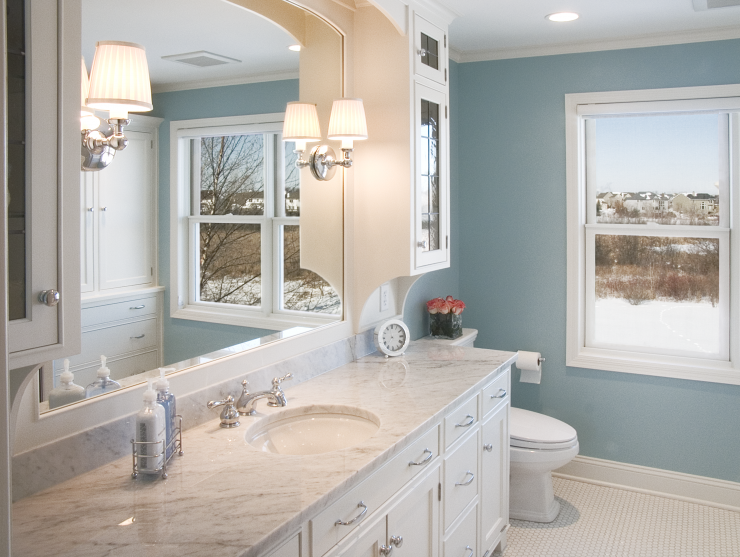 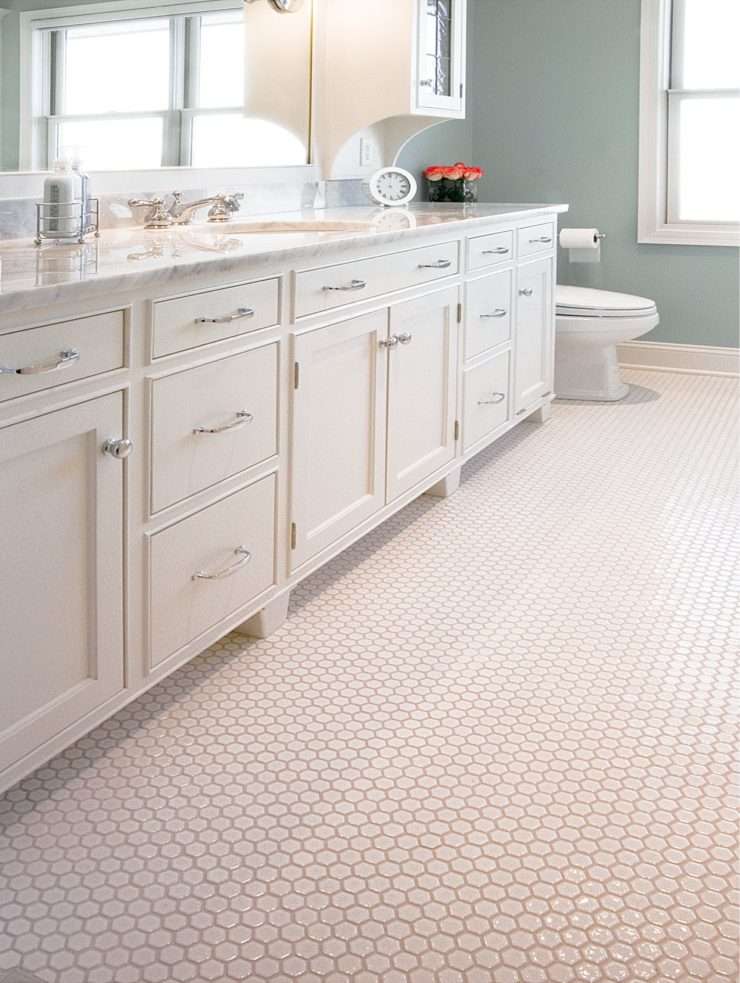 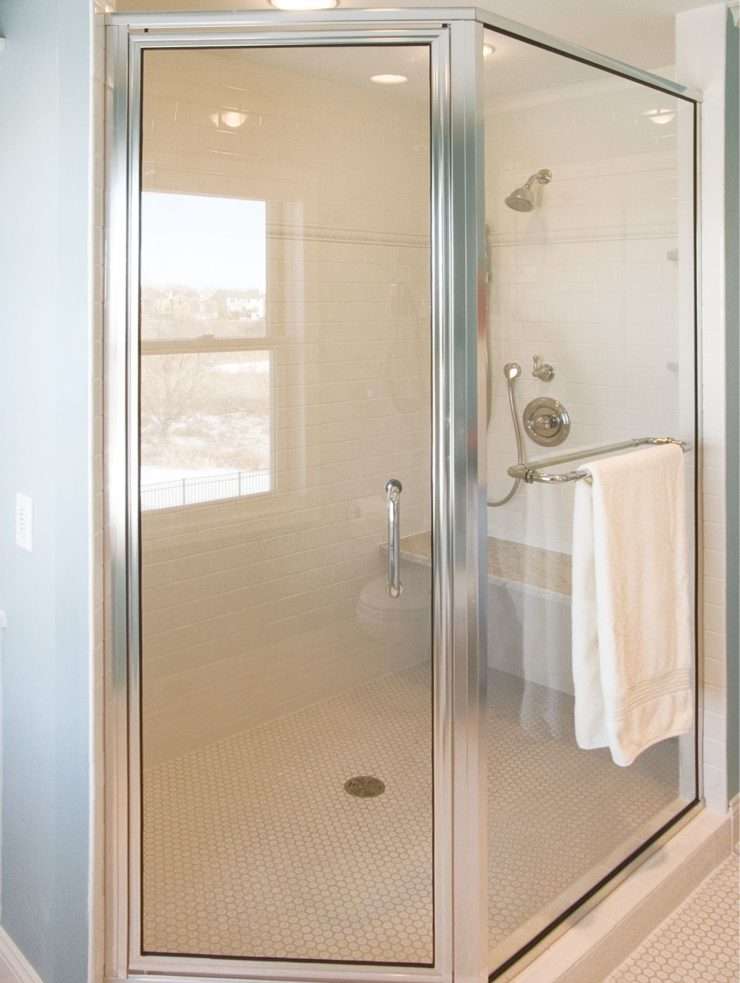 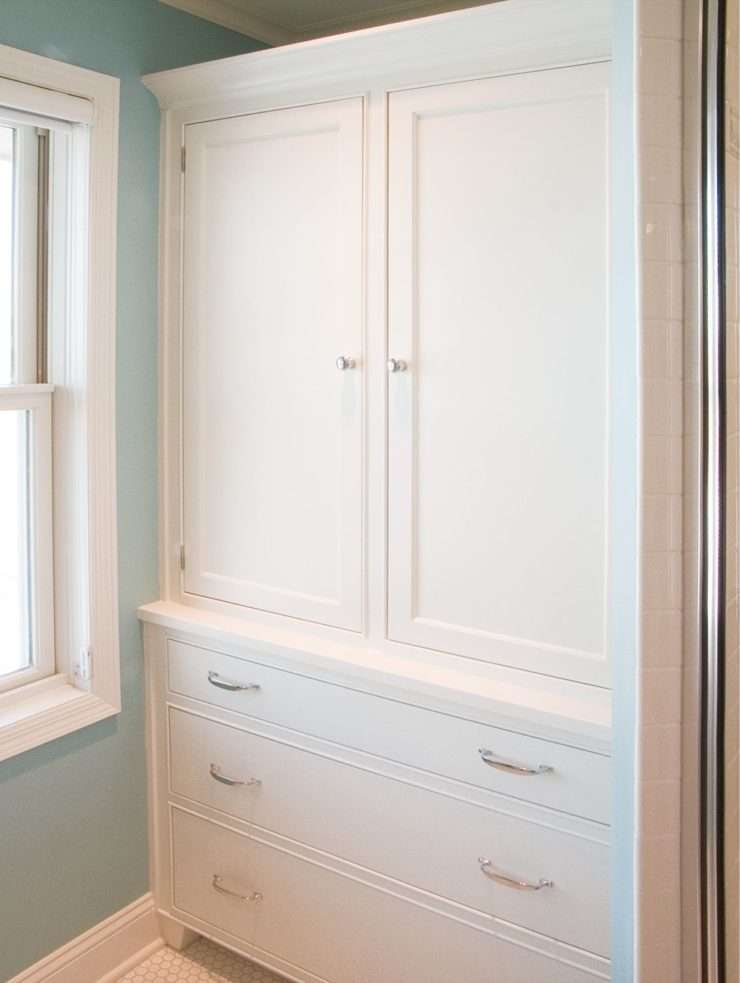 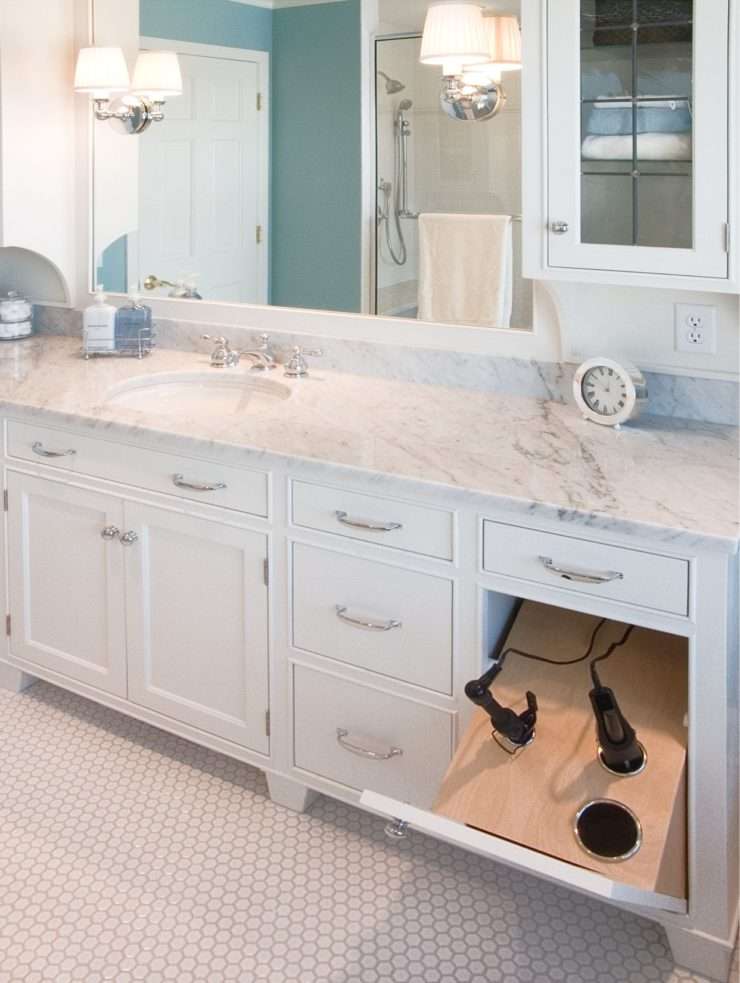 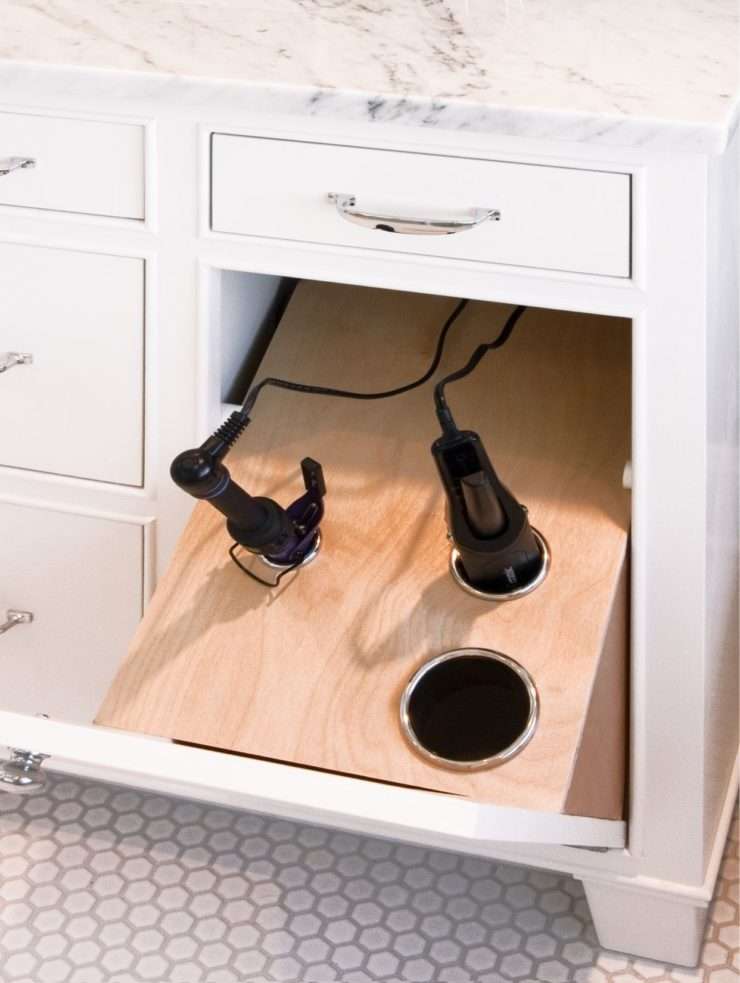 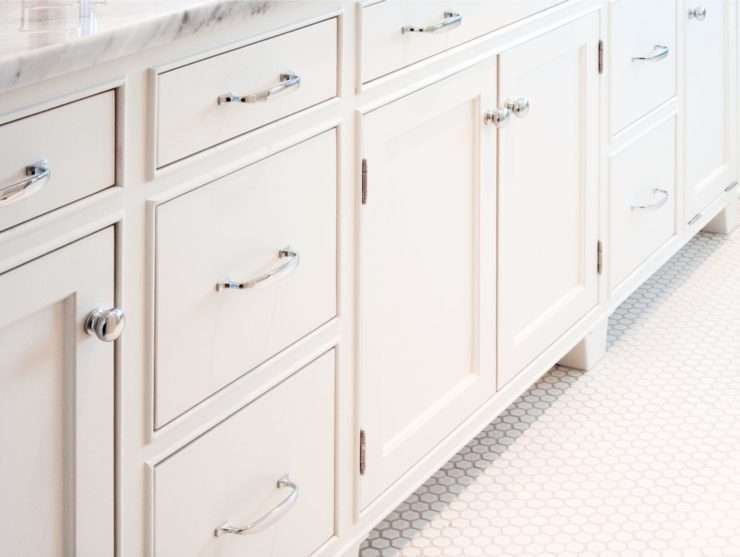 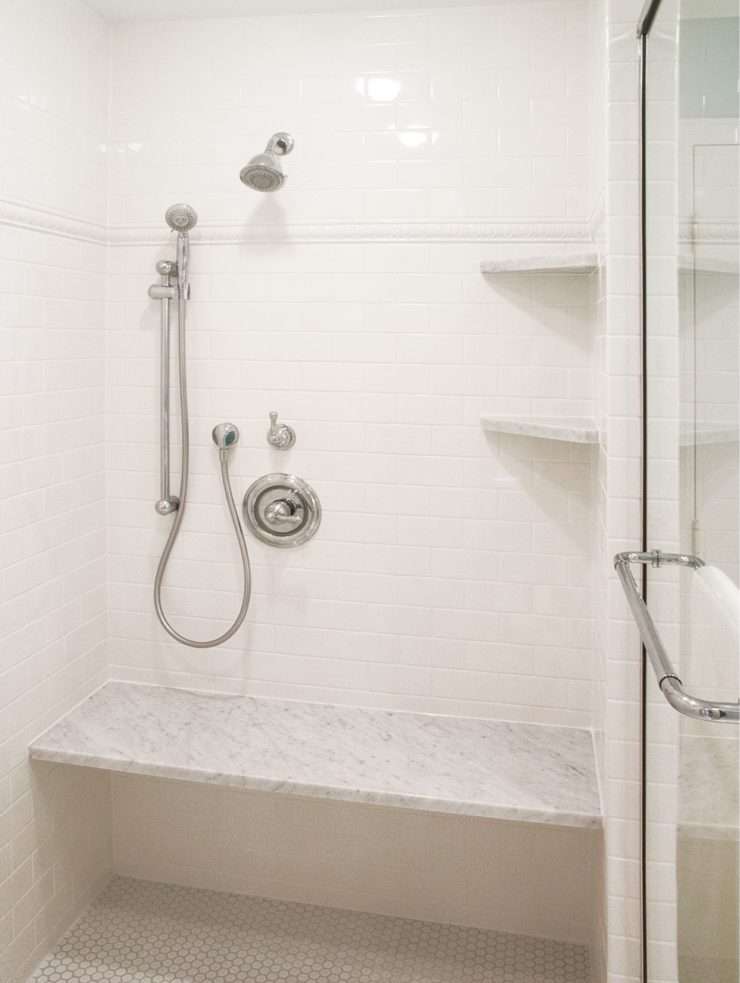 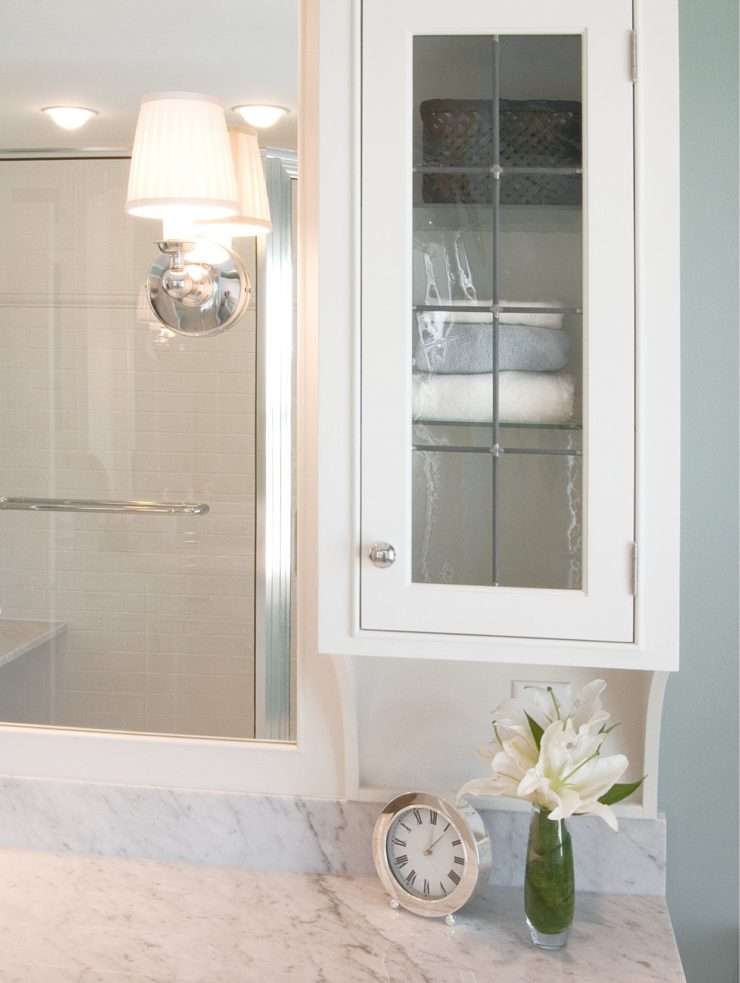 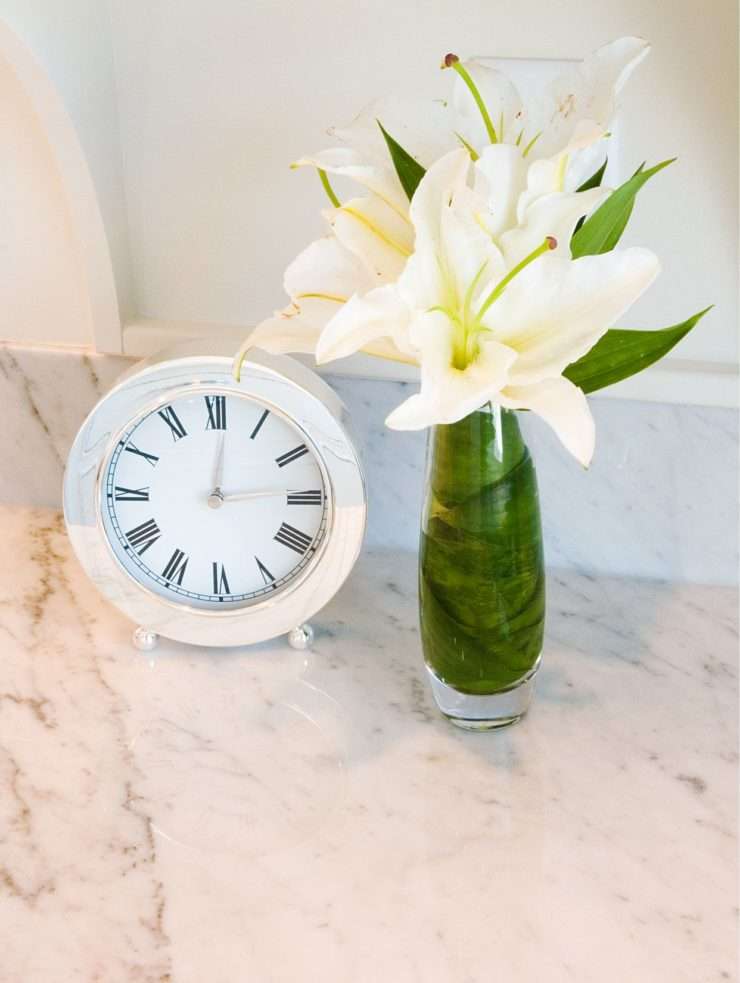 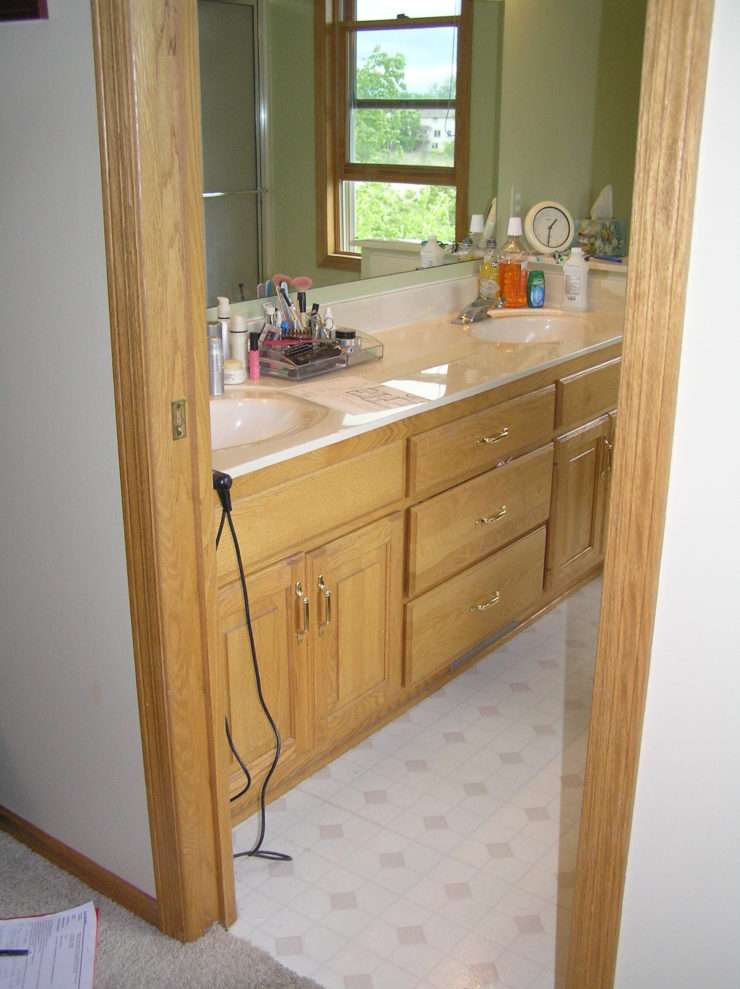 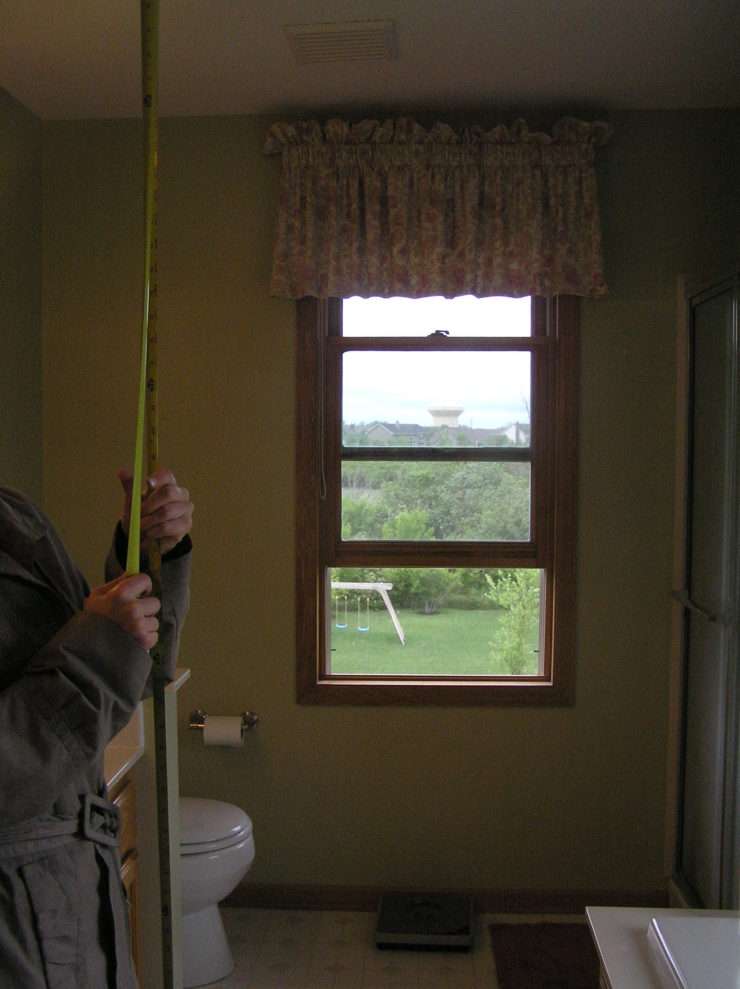 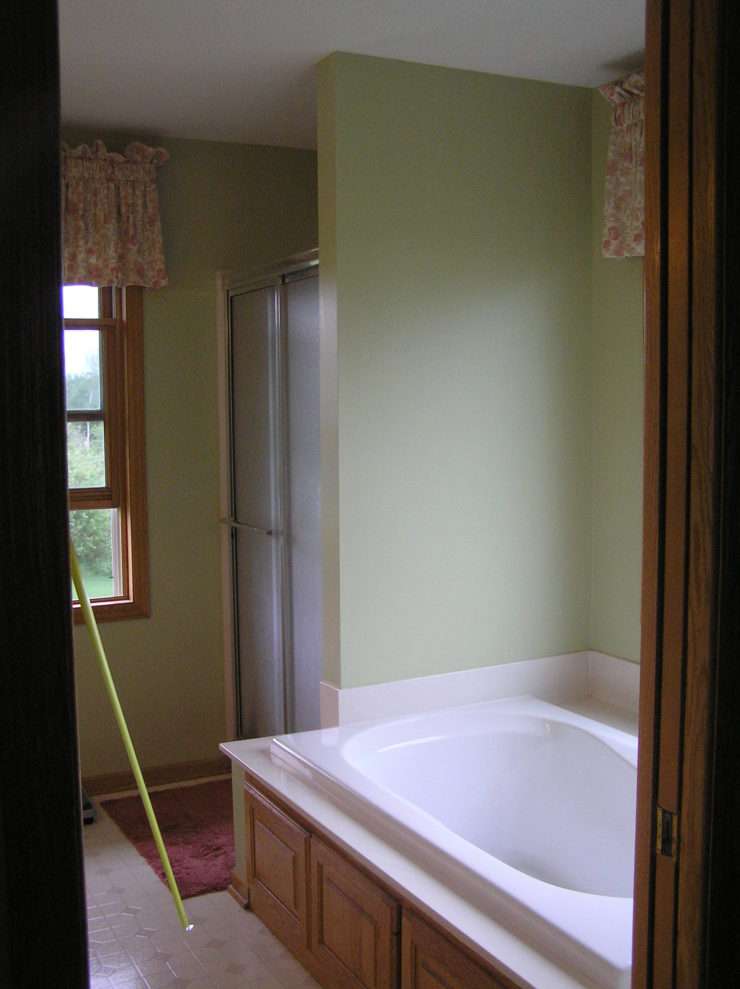 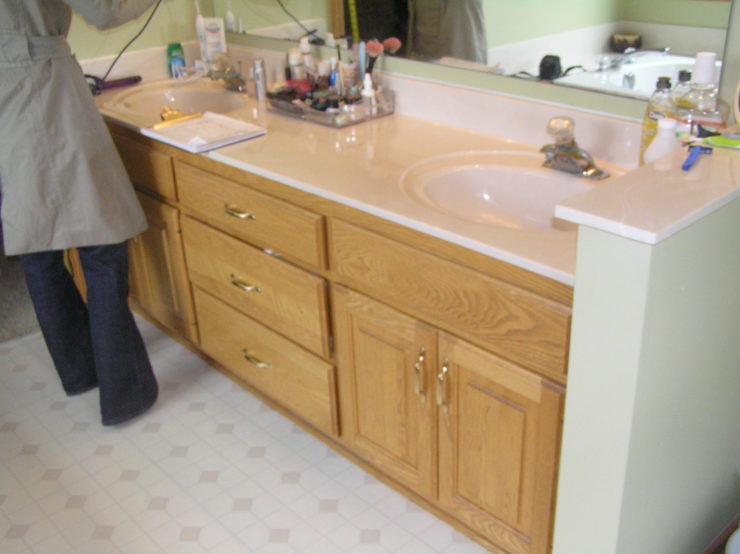 This busy family wanted a master bathroom retreat reminiscent of their East Coast roots. We removed a whirlpool tub and window and in its place installed a two person subway tile shower with hex floor. On another wall, a larger window was installed with a view to their private yard. Great detail is seen in the painted cabinetry, leaded glass inset doors, and sconces through the mirror. White Carrera Select marble graces the vanity top, shower seat and shelves. In the end, we designed and produced an elegant and classic master bathroom to the clients’ detailed desires, fulfilling their “dream”.

These clients moved to the Midwest from Boston. They originally bought this 1994 home thinking they would move in a short time, but three children later and with a solid career, they found themselves in the same home. They finally decided to make certain rooms in the house their own. They hated the original master bath so much – they never used the large tub because the window above the tub looked directly into their neighbor’s house and gave them no privacy, and they weren’t “bath people” anyway. In addition, the shower was too small, and they wanted to upgrade materials by removing the dated vinyl floor, beige cultured marble tops, and oak vanity and woodwork. No corners were cut involving material quality or selection.

To solve the tubs privacy issue we removed the large rotten window giving this bathroom a logical space for the new two person shower. We then removed the single double hung window next to the toilet and installed a new 2-wide DH window in its place; capturing the lovely view of the owners private backyard overlooking their pool.

The owner decided to do only one sink and a large two person shower instead of a tub in the master bath- something they wanted, but were worried about resale. Ultimately, we ran with it and their desire for beautiful and vital storage is now found in the new custom vanity lower and upper and linen cabinet. The client wanted the linen cabinet to appear as a free standing piece of furniture and it had to be large enough to store not only bath towels, but also blankets and sheets.

The owner was an admitted perfectionist. He had built cabinets and completed finish trim on his own so knew the quality he desired, and offered to do things throughout the project. But his wife knew what timeline he ran on, and wanted her bathroom done within the year. The husband was out of town for weeks at a time on business trips, so scheduling on-site meetings and getting materials approved was difficult. He was a traveling business professional who ran a large international corporation and needed to devote his time to his job, not his hobby, and rely on us to do what we do best.

The couple also had completely different tastes when it came to the overall look for the master bathroom, she loved cottage traditional and he liked clean contemporary, so as the designer/builder we had to avoid choosing sides while at the same time emphasizing the importance of sticking with a specific style in order to create a cohesive and attractive master bathroom. In addition, he was literally color blind and yet had very definite opinions. We spent infinite hours at their home and at showrooms going over material and color selections while they debated, and in the end they went right back to the original design that they signed!

There was great detail involved in the white painted cabinetry containing inset doors and drawers and applied bead on the panels. The vanity and linen appear to be on legs but have a recessed toe kick so dust bunnies can’t hide! Textured glass with leaded divided lite cabinet doors, barrel hinges, as well as the sconces cut through the mirror complete a classic look that reminds them of their East Coast roots. White Carrera Select marble is used at the countertop, shampoo shelves, floating bench seat, and door threshold. White 1” hex tile flooring and 3×6 white subway tile with egg and dart border are soft compliments to the Benjamin Moore chinchilla (light blue) wall color. In the end, we designed and produced an elegant and classic master bathroom to the clients’ detailed desires, fulfilling their “dream”.