Bath
Go Back
Next Project 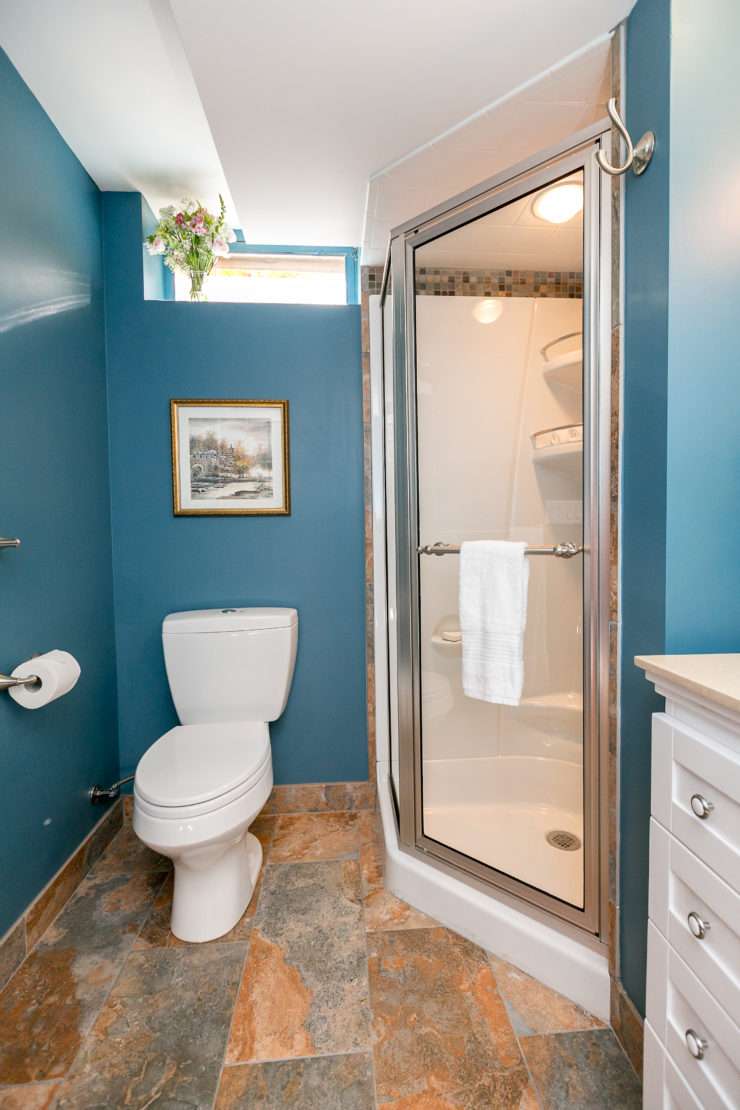 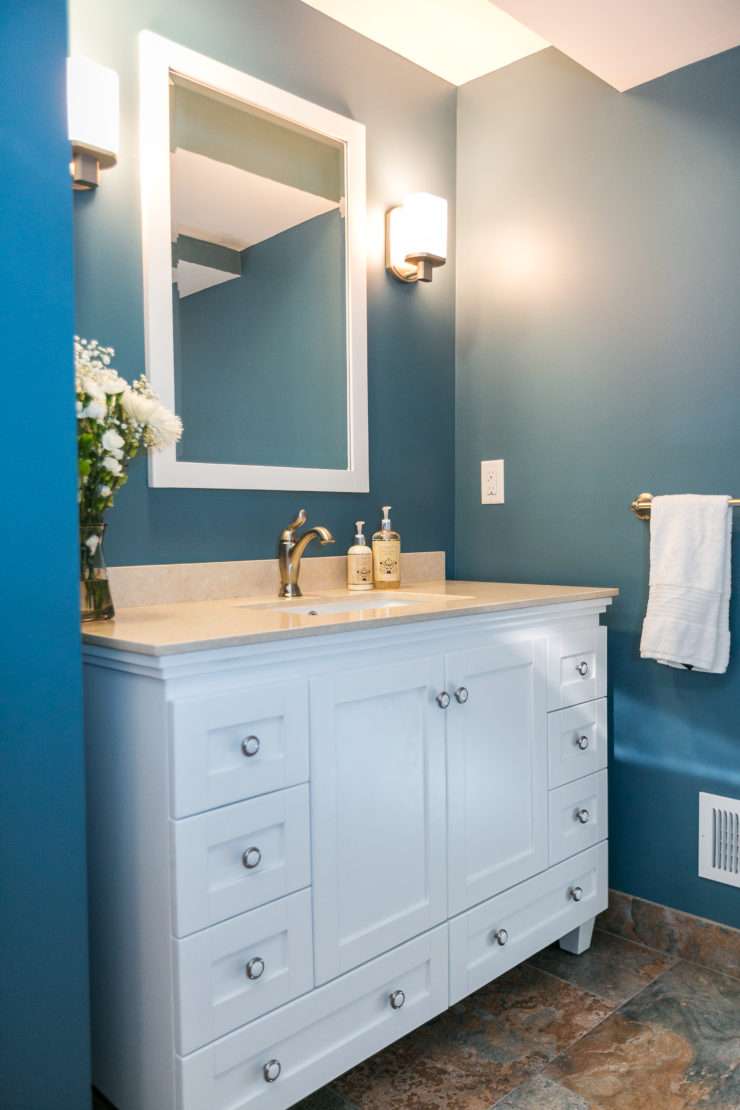 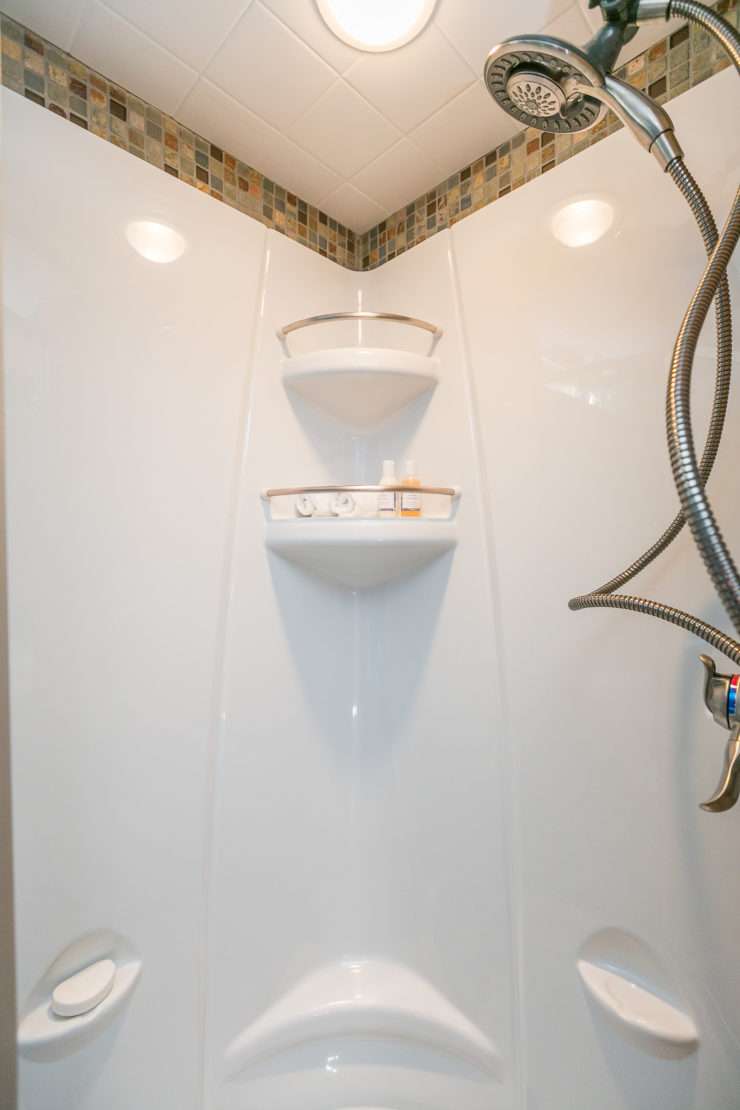 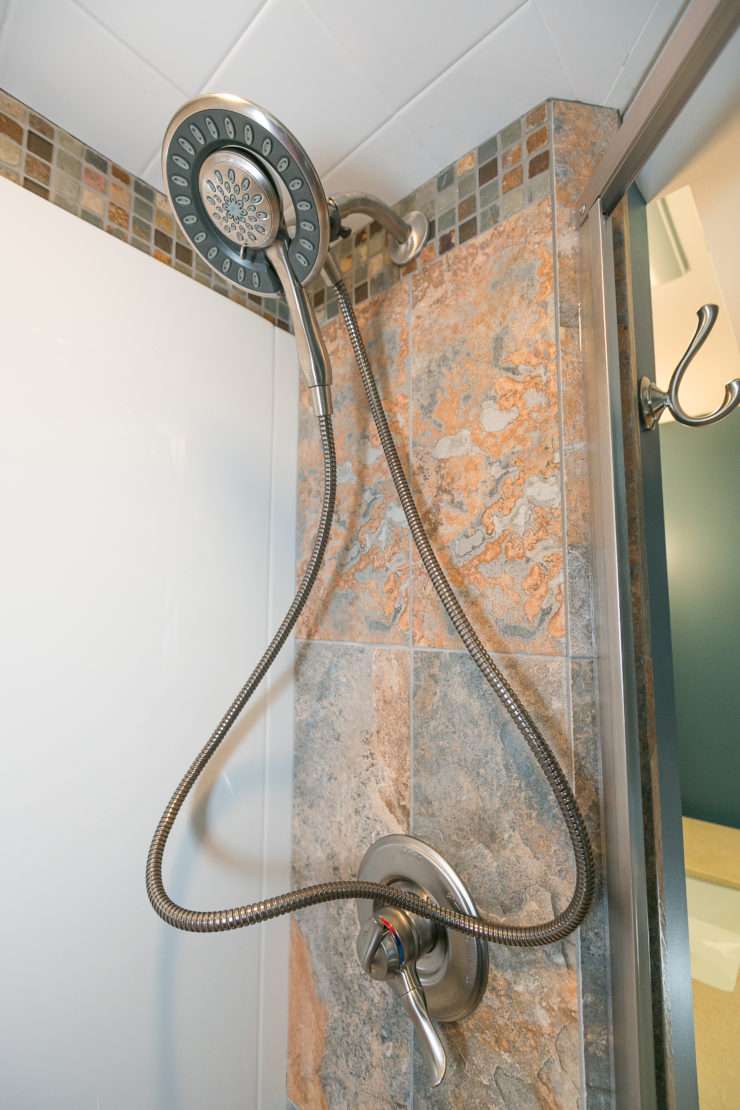 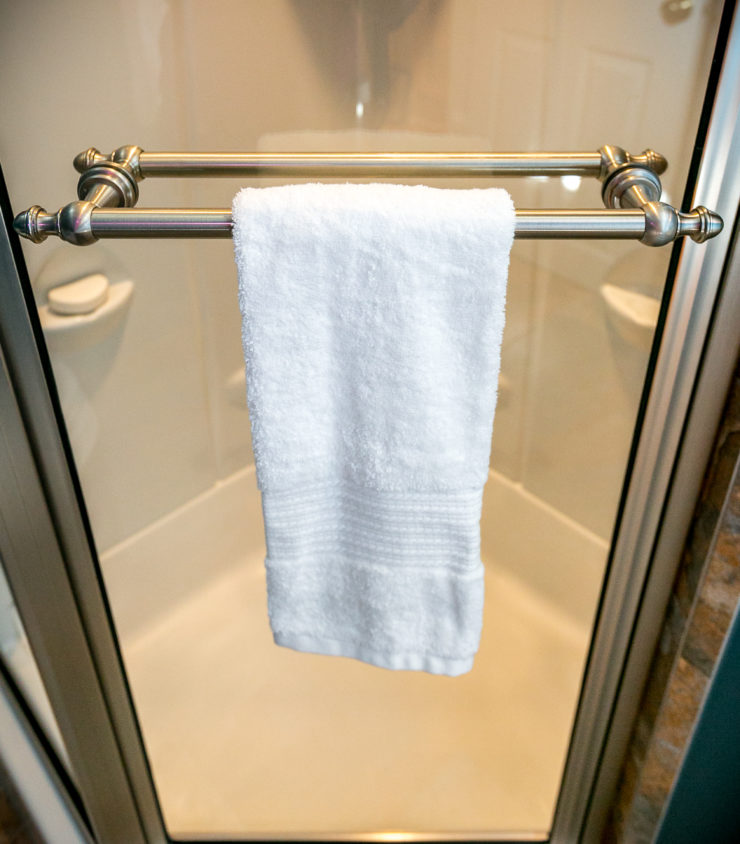 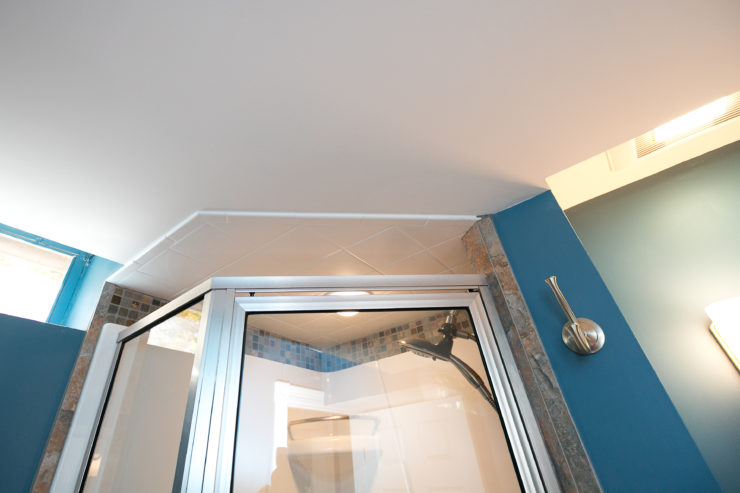 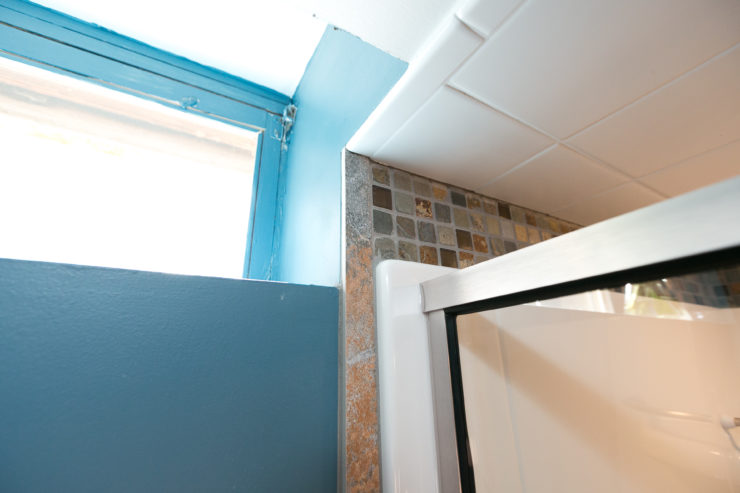 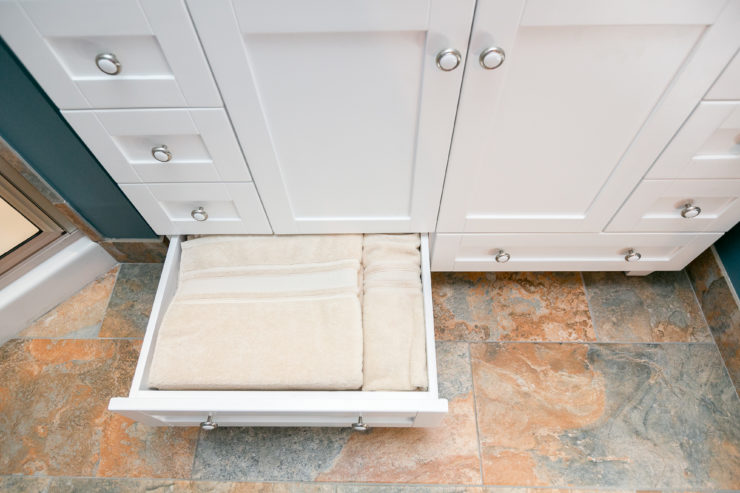 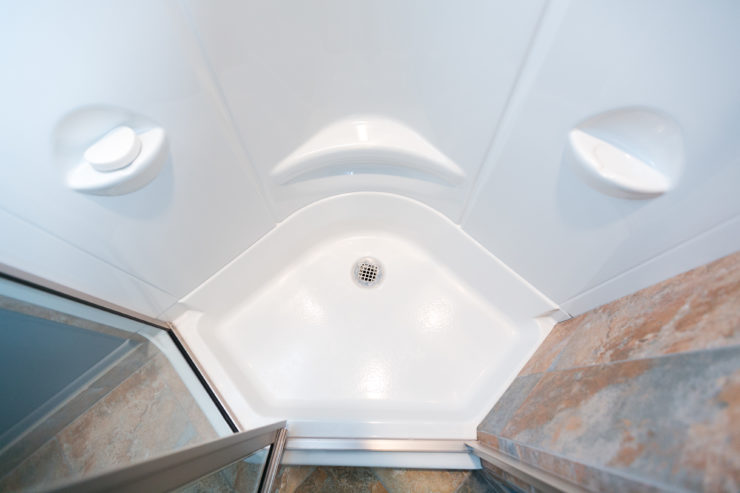 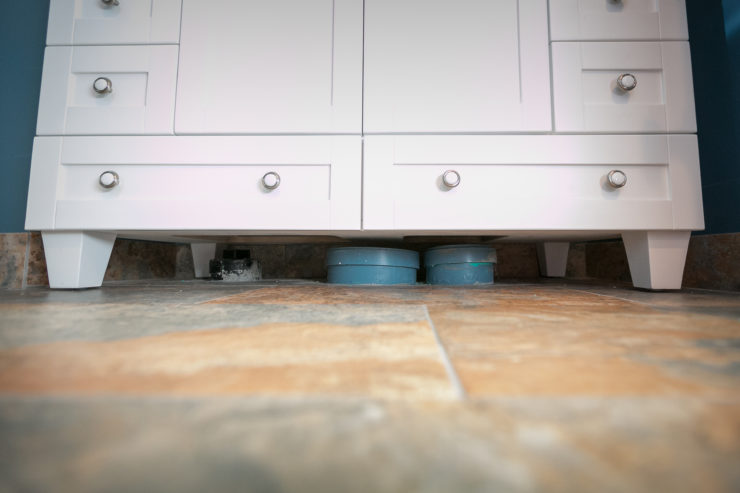 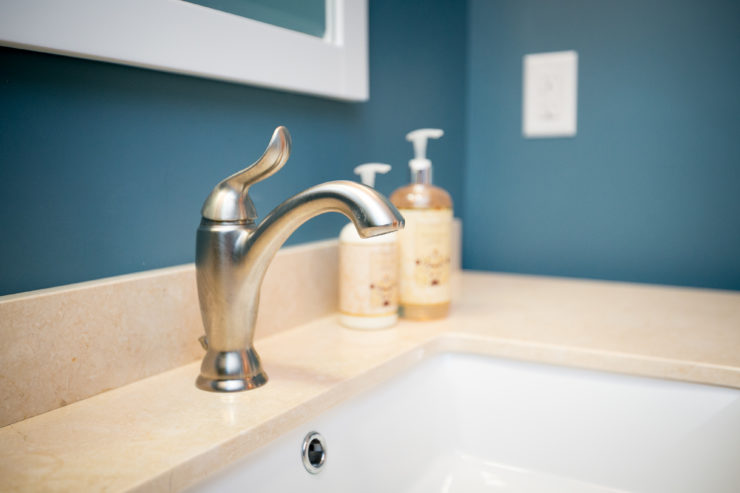 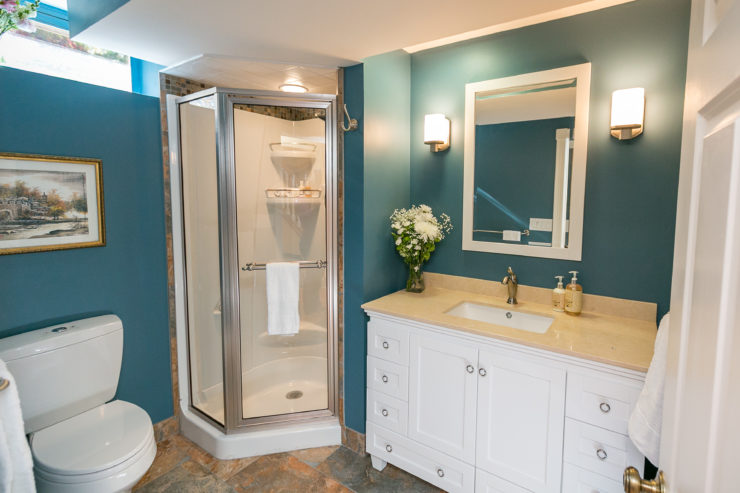 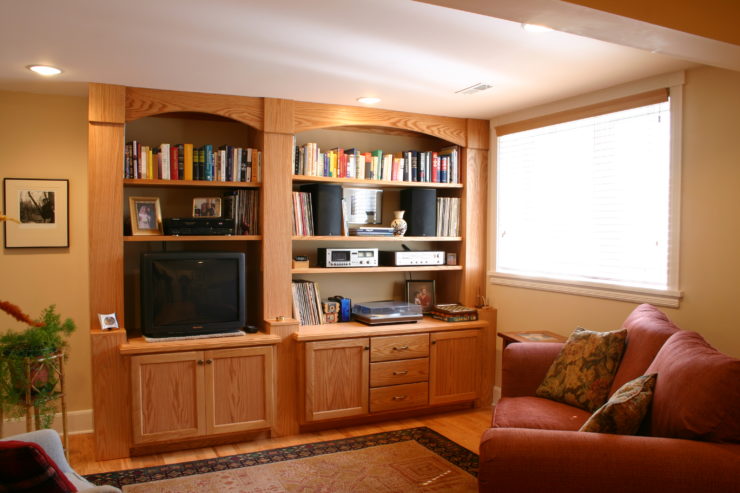 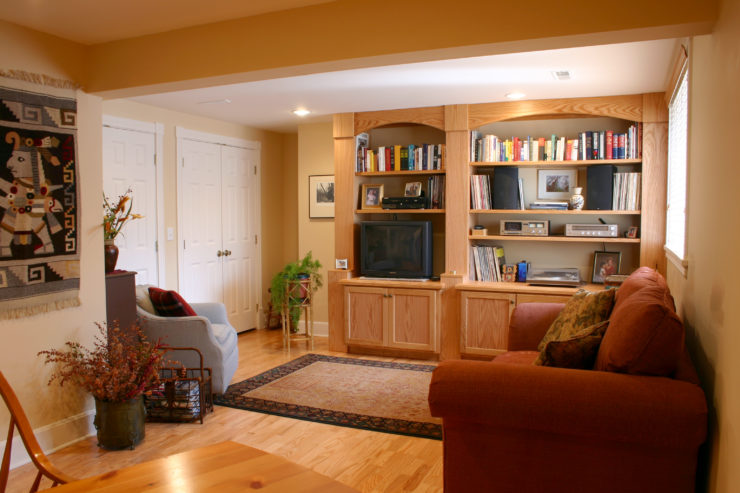 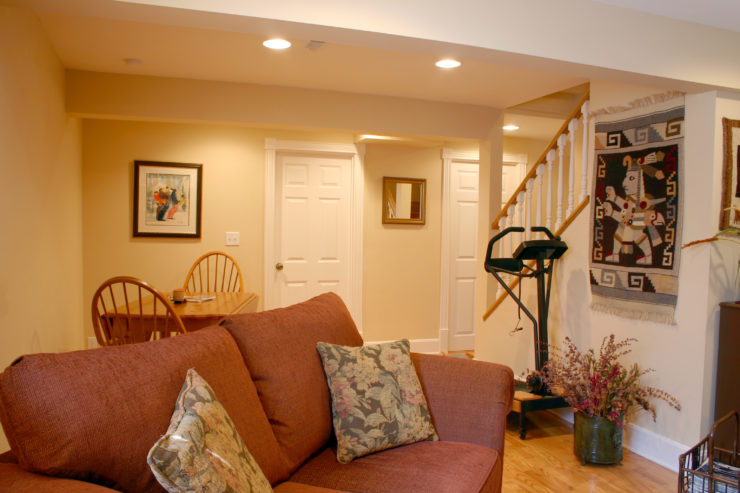 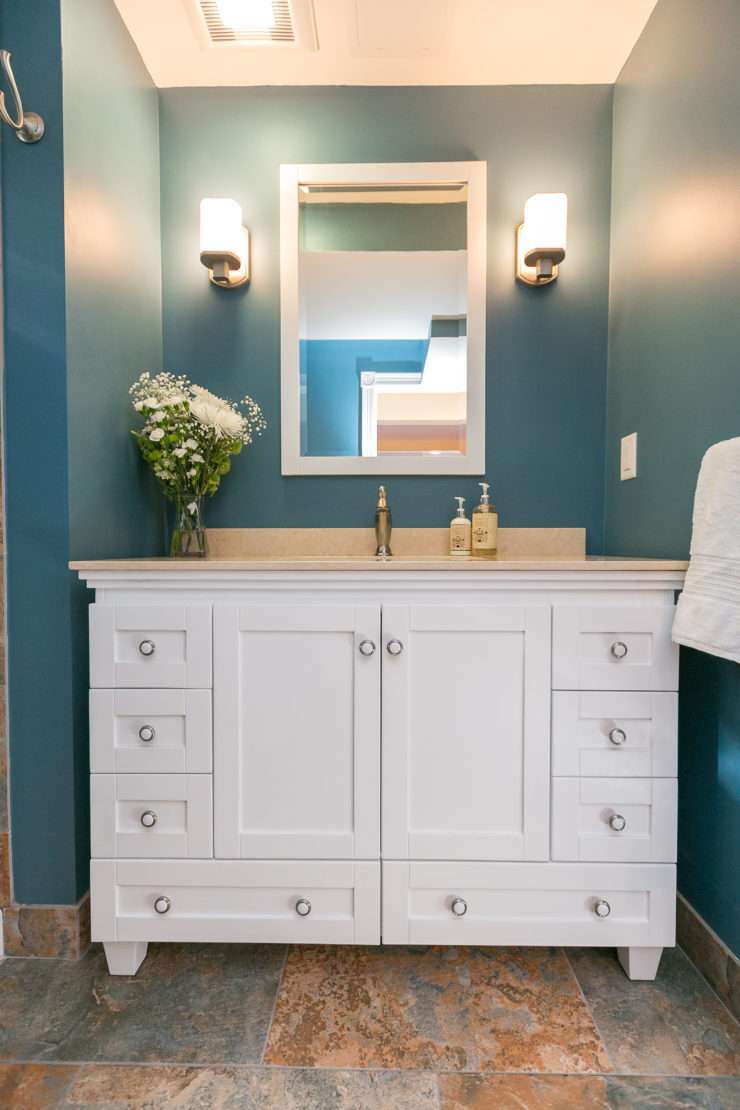 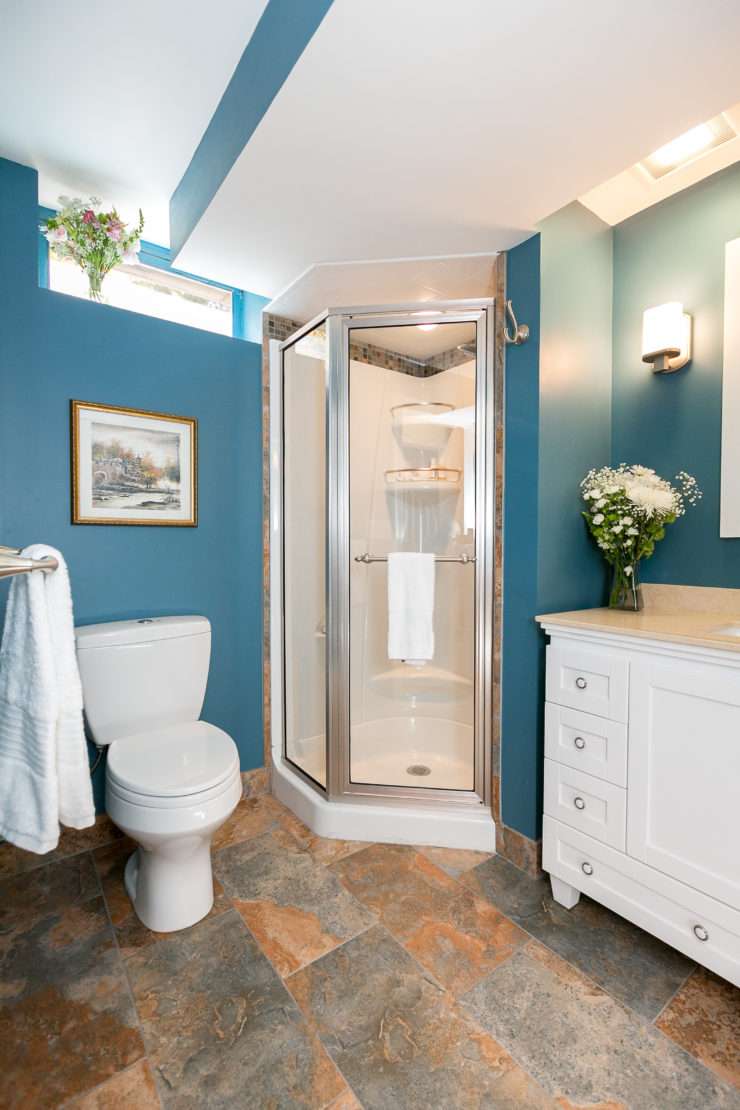 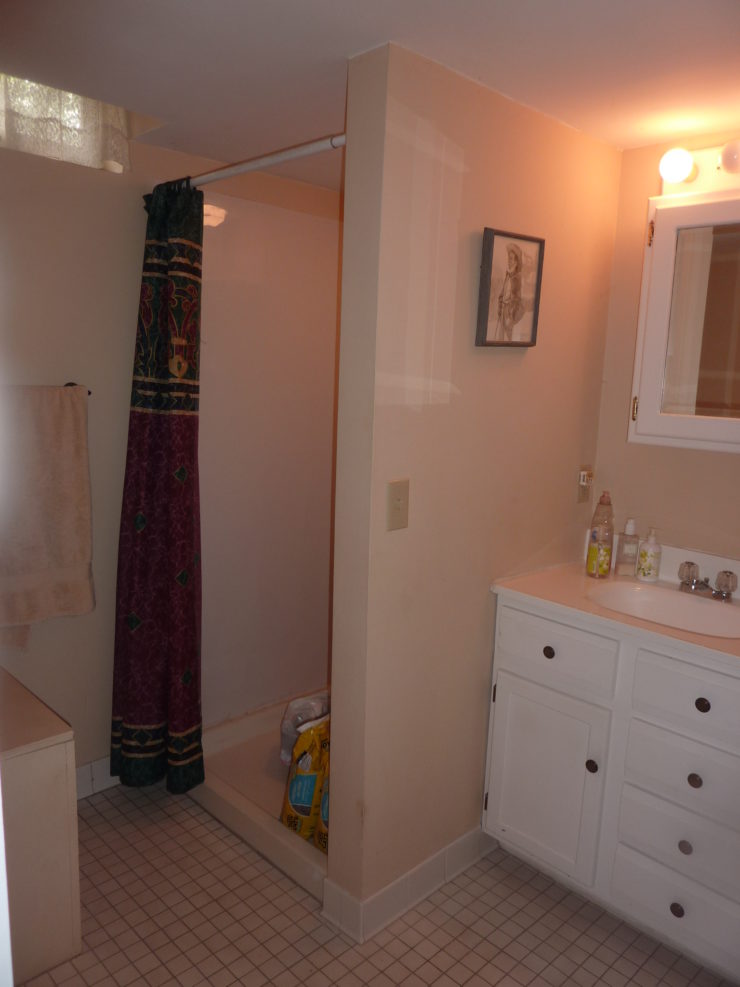 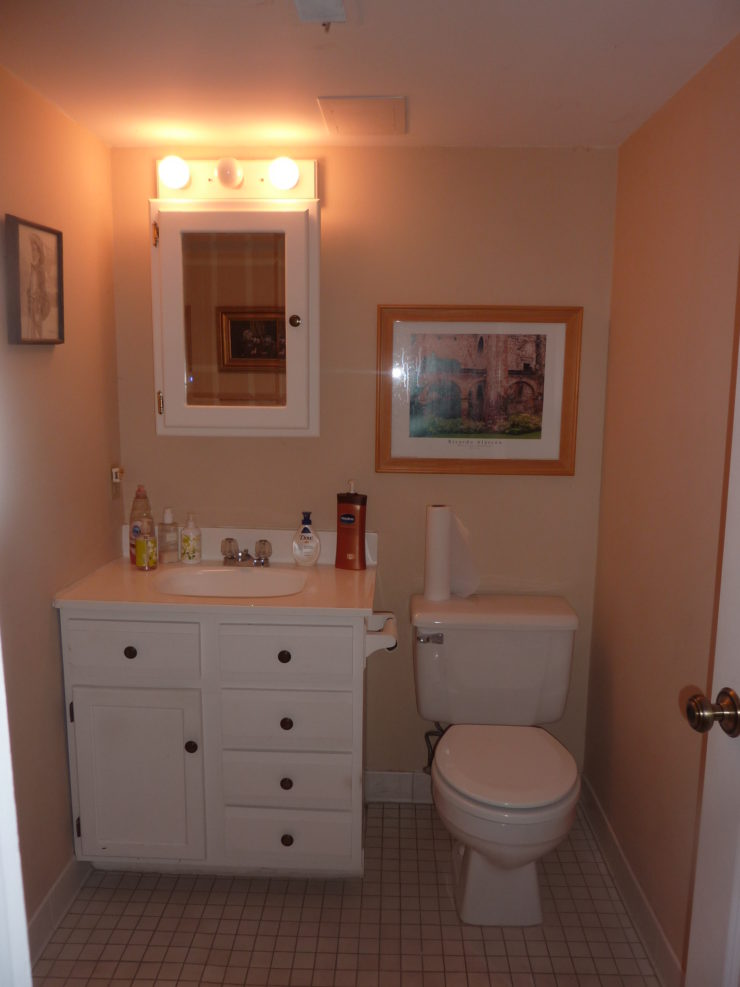 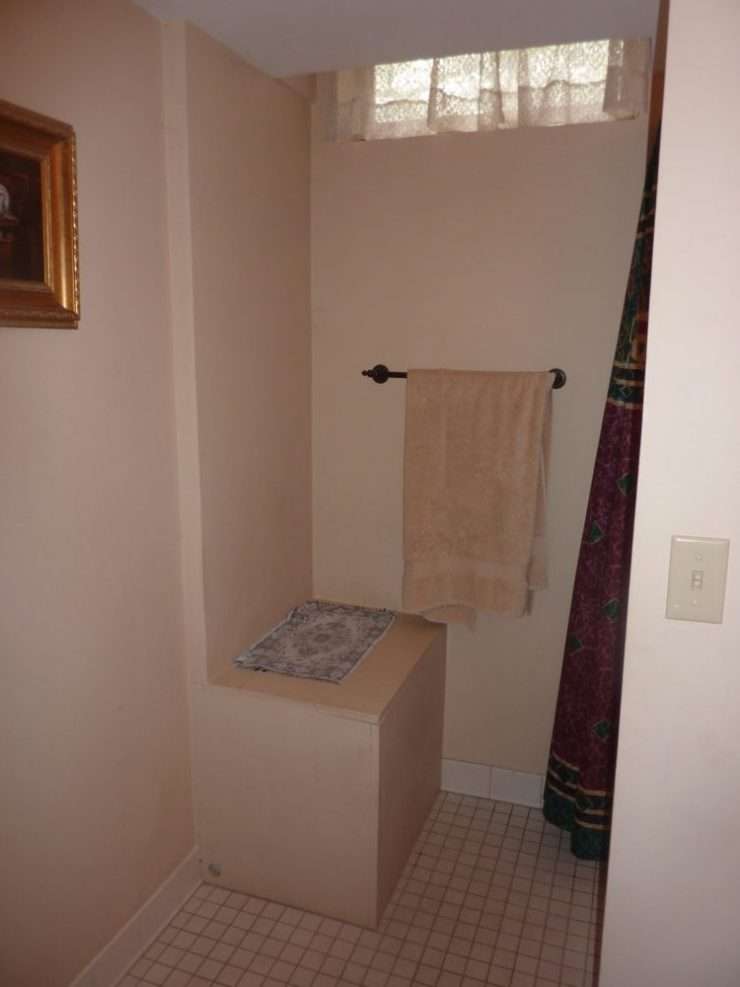 This basement bathroom was so hated and unused by the owner that the cat’s litter box sat inside the shower.

Newly retired, our client held to a strict project budget, and therefore all decisions presented had to be both financially and aesthetically pleasing. We matched existing building materials and architectural details –reflected in our seamless hand-milled plank rounded edge casing, top corner rosette blocks, & plinth blocks at the bathroom entry door.

This 1892-built Townhome is a part of the Historic District townhomes that were constructed for working class families originally in the 1800’s, and then were rehabilitated in the 1970’s to a planned unit development, and this is when they obtained National Historical Registration. From that time, each unit was set up as privately owned single-family residences and as such, each owner in the Association is allowed to make it their own, as long as changes comply with Historic District Design Guidelines.

From our client’s many referrals and thank you notes during and after the project, its’ apparent that the material selections of attention-grabbing Java Navajo tile with its rich Tabasco glass & stone accents, along with the Ivory Marble countertop, we succeeded in providing her with a cost-effective bathroom that provides purpose and style!

See other projects we did on this home :
Client Testimonial :
Seward Neighborhood

Orfield did a complete remodel of my basement bathroom removing a sump pump and installing a new toilet, vanity and shower. I love the tiling on the floor and in the shower. It always costs more than you would expect but Orfield does quality work. This is the third job they have done for me. Previously I had a family room added to the basement with an egressed window and the staircase was opened up. It no longer feels like a basement. Also, they did a complete kitchen remodel with a wall bump-out. I will have them back to remodel my upstairs bathroom soon. I can always count on them to provide quality work which lasts.

Making sure that what was visible from the family room was attractive was very important when the door remained open. Originally, the toilet was in the sight line and so we changed that to the new larger 48” vanity.

In the interior corner of the former bathroom under the window and in front of the shower, there sat an unused sump pump in the floor with a plywood box seat covering it. By removing this useless pump, we were able to make this the new location for the Toto toilet so that it hid from view.

Under the vanity, there were several backwater and gate plumbing valves, coming out of the ground above the tile floor. These not only required replacement by code (being below street level), but also had to remain accessible for any future plumbing. This caused custom carpentry to modify the owner’s pre-fabricated vanity, making the cabinet bottom removable but also keeping the bottom drawers usable.

The two exterior corner walls at the shower were foundation block and we could not build these out & insulate for the new plumbing controls or we would lose valuable space inside the already small room. The former wall separating the old corner shower from the vanity needed to remain, BUT we cut it back a lot to allow just enough room for the Delta In2Ition plumbing showerhead & controls, while allowing the largest opening for the shower door on the neo-angle. Note the lower ceiling over the shower received tile that mirrored the neo-angle frame below perfectly.

At this location, there had to be careful framing to create perfect angles for the back-mitered tile corners and new shower frame (with back-to-back Towel bars). Building a wall on top of/and as part of a neo-angle Maax Freestyle 2 Piece shower base & surround has not been done before to our knowledge, and so integrating the existing surfaces with the proposed durock backing & tile finish, while making sure the finishes ended up flush with each-other, was a tightly calculated risk we pulled off!

HVAC, Electrical, & Plumbing took careful planning & execution between the trades because this basement ceiling & walls were already full of ductwork, wiring & pipes that served the three floors above. This explained why the old bathroom ceiling was so low and felt claustrophobic. Our carpenters built several soffits to maximize the ceiling height wherever possible.

The old supply air was in the ceiling right above your head at the vanity, which was very uncomfortable when the air was blowing. We relocated this down the sidewall to a more agreeable location.

Being in the basement, we needed to capture as much natural & artificial light as possible to brighten the bathroom. The existing awning window did not change, but we did reframe, raise & angle the ceiling soffit so more light filtered in and new lights in the bath fan, shower & opal etched sconces helped too!